I love Jesus! He is my eternal hope, fullness of joy, calm in the storm and so much more. I enjoy reading, cooking, bird watching and Sudoku. I have two wonderful kids and a loving husband. God is good.

Copyright © 2022
Be Ye Glad! by Lena Rae
All Rights Reserved

The Love of God

Could we with ink the ocean fill, and were the skies of parchment made, were every stalk on earth a quill, and every man a scribe by trade. To write the love of God above would drain the ocean dry. Nor could the scroll contain the whole, through stretched from sky to sky.

The poem above was found scratched on the wall of an insane asylum. 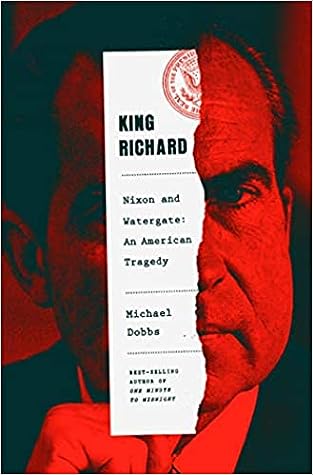 Richard Nixon’s presidency was during an impressionable time in my life. I was in high school and college when he was President. I followed the Watergate scandal closely as it unfolded. I can still remember Nixon’s speech, to the nation the night he resigned, “for the good of the nation.”

So I loved this book. It filled in all the unknowns and put flesh on the names in the news.

The most offensive part of the book was Nixon’s foul mouth, and strip search of McCord, Liddy and Hunt in the DC jail. Although this is a well written, documented book; it will most likely not receive awards. It’s too tame.

Not that I am complaining.

The thing I forgot about that time was that the Vice President Spiro Agnew resigned the year before Nixon because of tax evasion. House Minority Leader Gerald R. Ford replaced him. A year later Ford replaced Nixon.

Can you imagine Nancy Pelosi as President?! Yikes!

I love Jesus! He is my eternal hope, fullness of joy, calm in the storm and so much more. I enjoy reading, cooking, blogging and bird watching. I have two wonderful kids and a loving husband. God is good. View all posts by Lena Rae

This site uses Akismet to reduce spam. Learn how your comment data is processed.